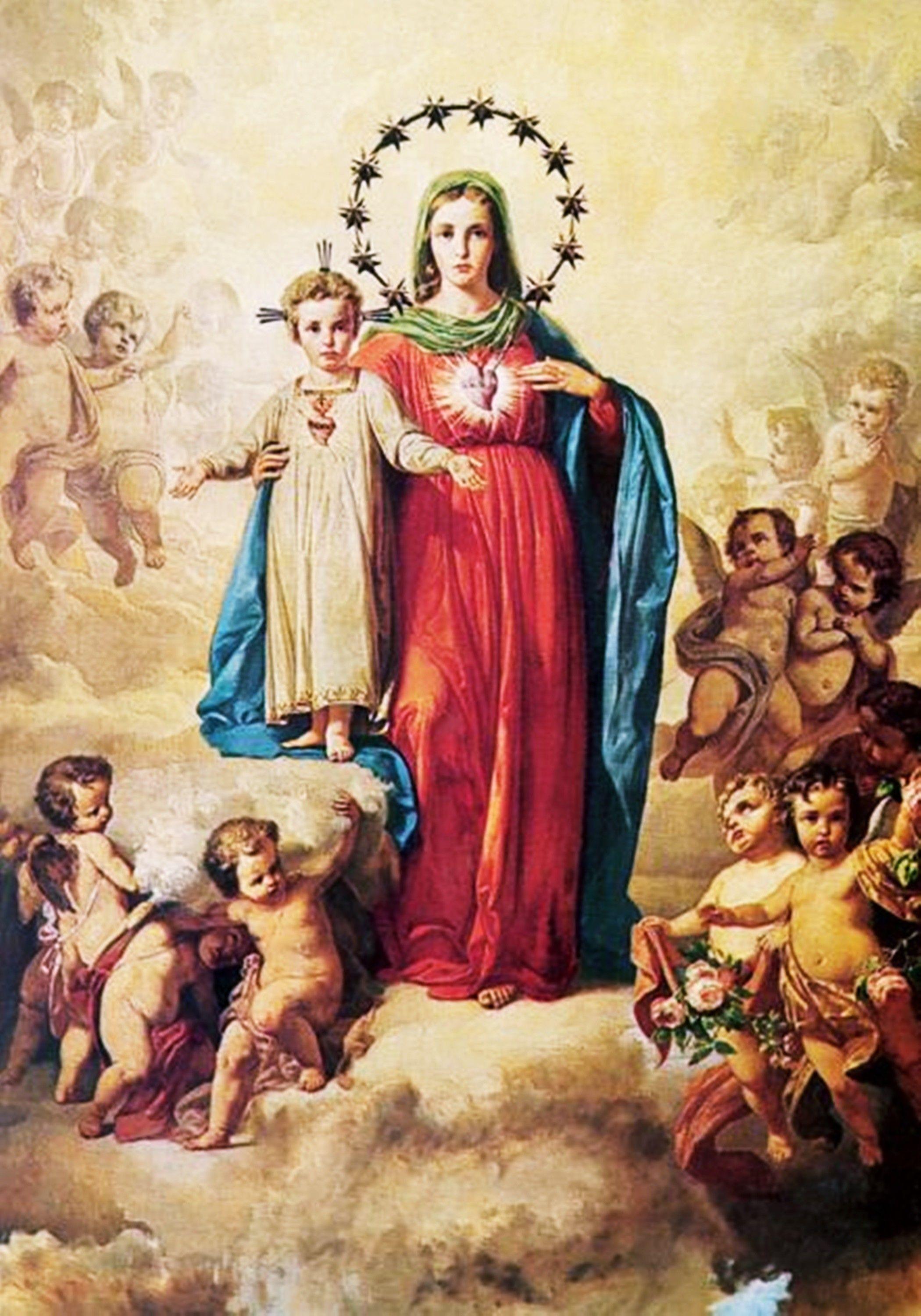 Carmelagiri Public School is dedicated to the blessed Virgin Mary of Mount Carmel the source of inspiration, who guides to real wisdom and who really long for it with unending quest for innovative dynamism.

The gospels of Matthew and Luke in the New Testament and the Quran describe Mary as a virgin;  according to Christian teaching she conceived Jesus while a virgin, through the Holy Spirit. The miraculous conception took place when she was already betrothed to Joseph. She accompanied Joseph to Bethlehem, where Jesus was born. The Gospel of Luke begins its account of Mary’s life with the Annunciation, when the angel Gabriel appeared to Mary and announced her divine selection to be the mother of Jesus. According to canonical gospel accounts, Mary was present at the crucifixion and is depicted as a member of the early Christian community in Jerusalem. According to Catholic and Orthodox teachings, at the end of her earthly life her body was assumed directly into Heaven; this is known in the Christian West as the Assumption.

Mary has been venerated since early Christianity, and is considered by millions to be the most meritorious saint of the religion. She is claimed to have miraculously appeared to believers many times over the centuries. The Eastern and Oriental Orthodox, Catholic, Anglican, and Lutheran churches believe that Mary, as mother of Jesus, is the Mother of God. There is significant diversity in the Marian beliefs and devotional practices of major Christian traditions. The Catholic Church holds distinctive Marian dogmas, namely her status as the Mother of God, her Immaculate Conception, her perpetual virginity, and her Assumption into heaven. Many Protestants minimize Mary’s role within Christianity, based on the argued brevity of biblical references.[11] Mary also has a revered position in Islam, where one of the longer chapters of the Quran is devoted to her.